The Women’s Safety Summit has sparked multiple conversations about best practice and effective policy for the next National Plan to End Violence Against Women and their Children. In today’s analysis, Emma O’Neill of Good Shepherd Australia New Zealand (@GoodAdvocacy) makes the argument that wider policy decisions during the term of the first National Plan reduced women’s economic security and ran counter to women’s safety, and that these need to be reversed under the next National Plan. 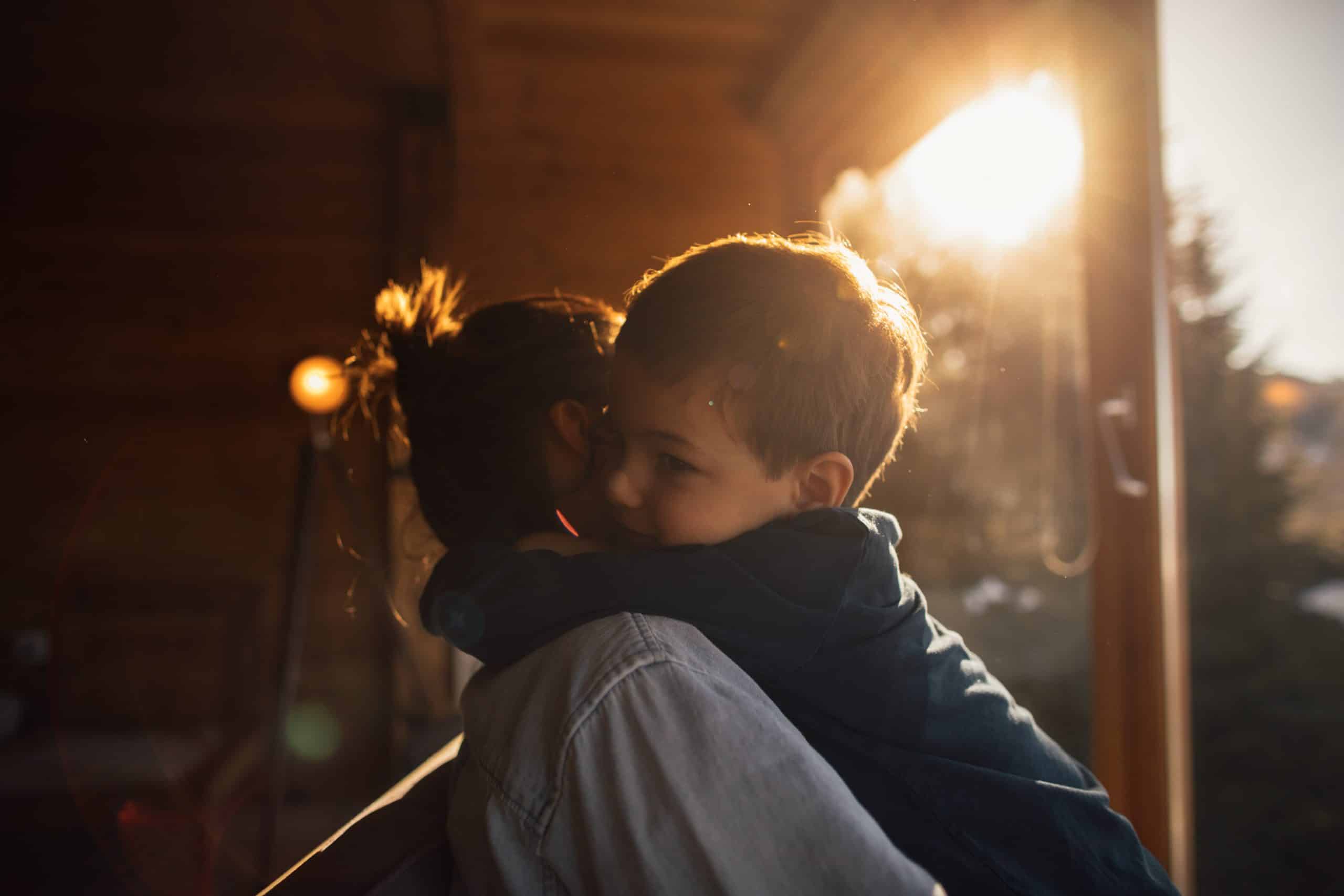 In September 2021 the Australian Government hosted the Women’s Safety Summit. This event will help to inform the next National Plan to End Violence Against Women and their Children.

The first National Plan, conceived by then-Prime Minister Gillard, has been running for almost 12 years. It’s led to some significant improvements in attitudes and responses to violence against women, but we’ve not made as much progress as we should have. We continue to see appalling acts and allegations of gendered violence in our personal houses, and in our political houses.

In some ways it’s unsurprising that violence against women has not reduced to a greater extent over the past 12 years. The first National Plan had to contend with a raft of policy decisions that have made women more economically insecure and financially dependent on men—including men who abuse them. These policies need to be reversed—and new economic security measures introduced—to help women and children lead violence-free lives.

Economic insecurity enables violence and makes it harder to escape

Gender inequality, including economic inequality, is at the heart of gendered violence. This is made clear in the Statement from the Women’s Safety Summit, a unified declaration of priority actions from State and Territory expert delegates.

Economic insecurity makes it more likely that violence will be perpetrated and sustained across a relationship by limiting women’s choices or removing the option of an independent life. Across Australia, almost 8,000 women a year are forced to return to abusive partners because they have nowhere affordable to live.

Control of finances and material resources is a feature of coercive control and maintains power imbalances within abusive relationships. The next National Plan will not succeed unless it understands women’s material security as central to their physical security.

At its most basic, this means ensuring women have adequate incomes for living and can safely house themselves and their children. These are the same conditions women fought for in the nineteenth and twentieth centuries, to allow more women to be independent of violent men. It’s remarkable to have to fight for these same things in 2021, but this is the legacy of gender-blind policymaking disconnected from a violence-reduction plan.

Cutting women down while trying to help them up

Three major policies have worked against violence reduction over the past 12 years: the degradation of the social security system, the increasing precarity of employment, and the escalating cost of housing.

The ‘safety net’ is full of holes

Our social security system has been degraded at the expense of women’s safety. The impoverishing JobSeeker payment—the lowest unemployment payment in the OECD—is increasingly relied on by women and restricts them from leaving and staying separated from abusive partners.

Beginning in the late 2000s, major, cross-party changes to social security policy have pushed more women onto this very low payment, including single parents whose youngest child is above the age of 8, and women with disabilities, who are at greater risk of all forms of violence. These changes flew in the face of the first National Plan, forcing women to make terrible calculations about financial and physical security:

“If their child is older than eight, they will be forced onto [JobSeeker], which is so low … There is those real practical aspects of am I better off to stay in this space where violence is part of it? … At least we will be able to have a roof over our head and food on the table and the children can stay at their schools … Or do we make the significant and far-reaching change and then face the real prospect of homelessness and insecurity… So that’s the harsh reality. I’ve worked with families who have gone back to the violence because of the lack of financial support “ (family violence practitioner).

Conditional welfare policies such as ParentsNext also rolled out in tandem with the first National Plan, further working against women’s safety. The majority of ParentsNext participants are likely family violence victim-survivors. The realities of the program mean social security payments are reduced or suspended for mothers of babies and young children, even if women cannot comply due to the ongoing effects of family violence. The result? Women are having to contact violent ex-partners for money.

The second major policy contradiction is the promotion of insecure work in the name of ‘flexibility’, and entrenched gender divergences in working patterns. This makes women more reliant on partner incomes, particularly if they have children.

Women are more likely than men to work in casual jobs without paid leave entitlements (26% of employed women vs 23% of employed men), a rate that has increased over the past decade. Women comprise 68% of part-time workers, while men comprise 62% of full-time workers. Staggeringly, there’s been little change in the proportion of women working full-time over the past 40 years.

Women don’t ‘choose’ insecure or insufficient work. They’re pushed into it by programs like ParentsNext or forced to make compromises because of gendered care work. Childcare remains the biggest barrier to women engaging with meaningful employment and securing the hours they need. There’s strong demand for more work: over 900,000 women are under-employed, meaning they can’t get the hours and pay they need. Women have a higher under-employment rate than men (10.2% vs 8.5%). This doesn’t account for women who have taken themselves out of the workforce entirely due to employment volatility ushered in by the pandemic.

Housing as an investment, not a human right

The third policy that’s worked against violence reduction is the finacialisation of housing, which sees homes used as places for parking capital and growing wealth rather than for shelter. This has of course been happening for some time, but intensified over the term of the first National Plan. Rents and house prices have completely decoupled from wages, making housing less affordable even for women on middle incomes. Women on the lowest incomes face a crisis of severely unaffordable private rentals and a chronic social housing shortage.

Each year, over 9,000 women become homeless after having to leave their homes because of family violence. A lack of affordable, stable housing is one of the biggest barriers faced by Good Shepherd practitioners working with family violence victim-survivors. While women and children should be able to remain in their homes wherever possible, this option may be dangerous or too costly.

The next National Plan will have to start unwinding the legacy of the past 12 years and prioritise crisis and social housing, as the Statement from the Women’s Safety Summit makes clear.

Housing policy should also integrate with the National Plan, to guard against counterproductive inflationary policies. There’s a host of problems coming down the line that we’re not ready to deal with. To take just one, more mortgages are being carried into retirement and superannuation is being used to repay them, extending the lifecycle of women’s economic insecurity. For women in this situation, financial (co)-dependency is likely to last long into older life, with potential implications for their physical security.

The road to violence elimination

First and foremost, family violence elimination requires stamping out the misogyny, sexism, racism and other attitudes that breed violence against women in the first place. As Good Shepherd told the Women’s Safety Summit, it also requires women to have economic security, especially when separating from an abusive partner—the most dangerous time for lethal violence or serious harm. The question is, can policies be changed beyond the ‘family violence’ portfolio to achieve this?

Can we countenance a humane social security system and adequate income support payments for women and their children?

Can we tackle insecure work and implement universal free childcare?

Can we stop treating housing as a speculative plaything, and properly invest in crisis, social and affordable housing?

All of these policies are family violence prevention measures that build women’s economic security and help them be independent of violent men.

Family violence doesn’t fit within a neat policy box. It’s not about ‘women’s policy’, but rather the fundamental business of our treasuries and social services. As the Women’s Safety Summit concluded, family violence is everybody’s business. If Government is serious about addressing women’s safety, it means challenging long-held policy positions.