We aspire for all women, girls and families to be safe, well strong and connected.

Across the world for almost 200 years (and within a broader timeline of 400 years), Good Shepherd Sisters have been providing courageous and compassionate services to women, girls and families to assist them overcome disadvantage.

The 2021 Congregational Chapter Direction Statement of 2021 impels us:

“Drawn by Divine Mystery and inspired by the spirit of Saint John Eudes and Saint Mary Euphrasia we commit to respond with a new vision, to cross boundaries, to take account of local and global realities and the intense sufferings of our time. 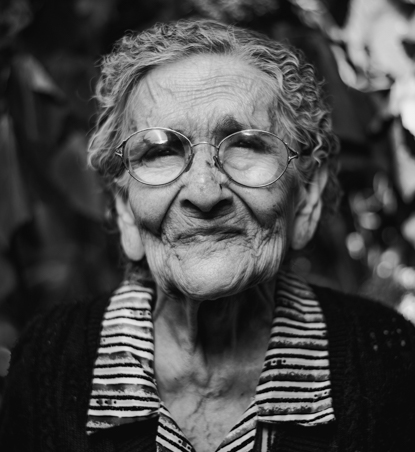 “As never before in history, common destiny beckons us

to seek a new beginning…

Let ours be a time remembered for the awakening

of a new reverence for life,

the firm resolve to achieve sustainability,

the quickening of the struggle for justice and peace,

and the joyful celebration of life.”

Trusting in the grace of transformation we pledge to respond to the new that is emerging. We set directions to be integrated, sustainable, and ecological. Informed by updated theological perspectives, systems-thinking and rights-based approaches, we will implement, monitor, evaluate and adapt accordingly with good policies and practices in relationships and ministries.”

Congregation of Our Lady of Charity of the Good Shepherd (gssweb.org)

Our Early Years In Melbourne

In 1863, at the invitation of Bishop James Goold, Sister Mary Euphrasia Pelletier sent four Irish Good Shepherd Sisters to Melbourne to support vulnerable women and children in the aftermath of the gold rushes.

The Sisters identified an available site beside the Yarra River at Abbotsford and began to accept girls and women seeking shelter and safety.  With the valuable support of members of the Melbourne community the sisters worked to create a self-sufficient service.  By 1866, 163 girls and women were living at the Abbotsford facility.  The Sisters established a commercial laundry as a source of income to provide for the needs of the residents as well as skills development.  A basic primary school program was begun and, over time, the sisters developed a farm with livestock animals and food crops.

While the pioneer sisters battled illness, difficult conditions and lack of funds, their strong vision and determination boosted by increasing community support enabled the mission of Good Shepherd to grow.

The work expanded with the arrival of more sisters from Ireland and growing numbers of local women seeking to join the Congregation.

By the end of the 19th century the number of Good Shepherd Sisters in Australia and Aotearoa New Zealand had grown to over 200.  The Abbotsford Convent was completed in 1901.

In the mid-20th century, the philosophy of protecting vulnerable people shifted from care within institutions to helping people within their own community. The large institutions began to close and from 1973 over 40 smaller residential houses were established.

Guided by the audacious, zealous spirit of their founder, Saint Mary Euphrasia Pelletier, the Sisters continued to focus on programs that had impact, were sustainable and empowered women, girls and families.

Following closure of the residential services in Perth, the education program known as St Clare’s School continued as a distinct learning environment for girls who struggled to engage in mainstream education.  St Clare’s School now operates within the framework of Catholic Education, Western Australia.

Recognising that financial services in Australia excluded people living on low incomes, the Sisters set up the No Interest Loans Scheme (NILS) in 1981. The NILS program has grown across Australia and Aotearoa New Zealand and offers financially vulnerable people the chance to purchase essential items through a loan with no interest. This is the platform of all Good Shepherd microfinance programs today.

In 1995 the Sisters in Australia set up a not-for-profit fair-trade project called “The Trading Circle” in order to support the work of the sisters in developing countries.  In some countries in Asia and Central/South America, Good Shepherd Sisters offer skills development programs to women as a source of income generation.  For 25 years The Trading Circle in Australia, and later in Aotearoa New Zealand, sold beautifully handcrafted products at events, gatherings, churches and later in commercial shops with the aim of enabling women to trade out of poverty within a framework of dignity and respect.  The project also contributed to raising awareness in Australia and Aotearoa New Zealand of the needs of women in other parts of the world.

As fewer Sisters were able to actively participate in the mission work, they established Good Shepherd Australia New Zealand (GSANZ) in 2008.  In 2019, Good Shepherd Microfinance (established in 2012) merged into GSANZ to ensure continuity of services and better outcomes for women, girls and families.  Good Shepherd New Zealand (GSNZ) was set up in 2012 address the critical contemporary issues affecting women and girls in Aotearoa New Zealand.

While the Sisters are now few in numbers they are as passionate in their advocacy and support of women and girls experiencing social injustice and entrenched disadvantage as they ever were.

The Province Mission Statement of the Sisters formulated at the Province Chapter in February 2021, includes these commitments:

“We are women immersed in the spirit of love and compassion, committed to our journey within a global Congregation, and open to change that will facilitate life and mission.

We embrace an evolving spirituality in which we recognize the Divine Energy within ourselves, others and the universe. In a spirit of co-responsibility with Mission Partners in our Province and in Asia Pacific, we are called to reimagine living the Good Shepherd Story into the future, to effectively respond to the emerging and urgent needs of mission. ….

In a world impacted by critical ecological damage, social injustice and a global pandemic, we reach out to all whose dignity and quality of life are challenged as never before.”      5 February 2021.

The Sisters provide acknowledgement and support to people who have experienced trauma as a result of life in Good Shepherd institutions, in partnership with the Heritage Office operated by Good Shepherd Australia New Zealand (GSANZ). The Sisters also participate in the National Redress Scheme in Australia.

Together with the Sisters, Good Shepherd’s Boards and Stewardship Council members, employees, volunteers and supporters are all Partners in Mission, working towards creating a world where every woman and girl can experience a full life – where they are safe, well, strong and connected.

Click here to read Pitch Your Tents on Distant Shores.

Written by historian Catherine Kovesi, Pitch Your Tents on Distant Shores tells the story of the communities of the Sisters of the Good Shepherd in Australia, Aotearoa/New Zealand and Tahiti. It features rare photos of people, places and artefacts from the daily lives of the Sisters, women and children who lived in these communities.